On September 10, 1999, the Tralacen Labor Export Center was established under the Ministry of Transport and officially opened.

With 29 member companies, thousands of employees and hundreds of key global partners, AIC Group is known as a pioneer in many business fields.

For many consecutive years, AIC Group has always been at the forefront of Vietnam in terms of labor export, sending hundreds of thousands of people abroad to work there.

In recent years, AIC Group has become the winner of many tender packages to provide equipment in the fields of healthcare, education, etc.

One of the packages that Ms. Nguyen Thi Thanh Nhan – CEO and General Manager of Progressive International Joint Stock Company – has just been prosecuted and jailed for is Dong Nai Provincial General Hospital.

In April 2015, Dong Nai New General Hospital was put into operation with a total investment of VND 3,300 billion. The hospital is considered to be a large and modern hospital in the southern region with 1,400 beds and many leading modern machines and equipment in Vietnam, such as; E.g.: 256-layer CT machine, 2 energy layers, 3 Tesla MRI machine, 3 systems -4D ultrasound machine, digital X-ray machine…

The initial investigation results revealed that defendants Vu and Nguyen Thi Thanh Nhan colluded with the assessment unit and committed many violations during the construction of Dong Nai Province General Hospital, causing harm to both sides. hundred billion.

Defendant Vu signed the tender procedures and documents for 12 tender packages by which AIC Company, chaired by Nguyen Thi Thanh Nhan, won the tender for the purchase of equipment for the Dong Nai General Hospital construction project. Healthcare with a total value of more than VND 476 billion.

Mr. Phan Huy Anh Vu, then Director of Dong Nai Hospital, colluded with the Prize Evaluation Unit to publish the evaluation report on the tender packages won by AIC Company on 12/11. to create and approve. Bid at a price higher than the legal price….

The investigative body found that the above actions seriously violated the provisions of the Tender Law and damaged state property worth more than VND 150 billion.

In 2015, Ms. Nhan was an academic, medical doctor and also the first woman in Asia and Vietnam to be awarded 2 honors by the International Academy for Systematic Studies of the Russian Federation (IASS Institute): Academic with the best achievements in the period 2004 – 2014 and the Vernadski Star Award.

Ms. Nhan is an academic, medical doctor and also the first woman in Asia and Vietnam to be awarded both of these prestigious titles by the IASS Institute.

Ha Tinh: Thousands of people thronged to see the velvet couple, believed to be the tallest in Vietnam 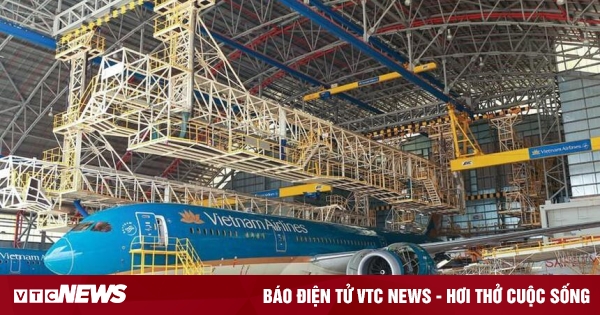