Thousands of vehicles moved every meter on Highway 1 to leave Ho Chi Minh City for Dong Nai, Vung Tau and Da Lat to celebrate April 30th and May Day.

From early morning, people out Ho Chi Minh City flocked to the Cat Lai ferry on the Thu Duc city side, passed through the Nhon Trach district to go to the festivals in Dong Nai, Ba Ria-Vung Tau, causing that place to be congested. On the Nguyen Thi Dinh route, cars and motorbikes have to be stretched and crammed together. 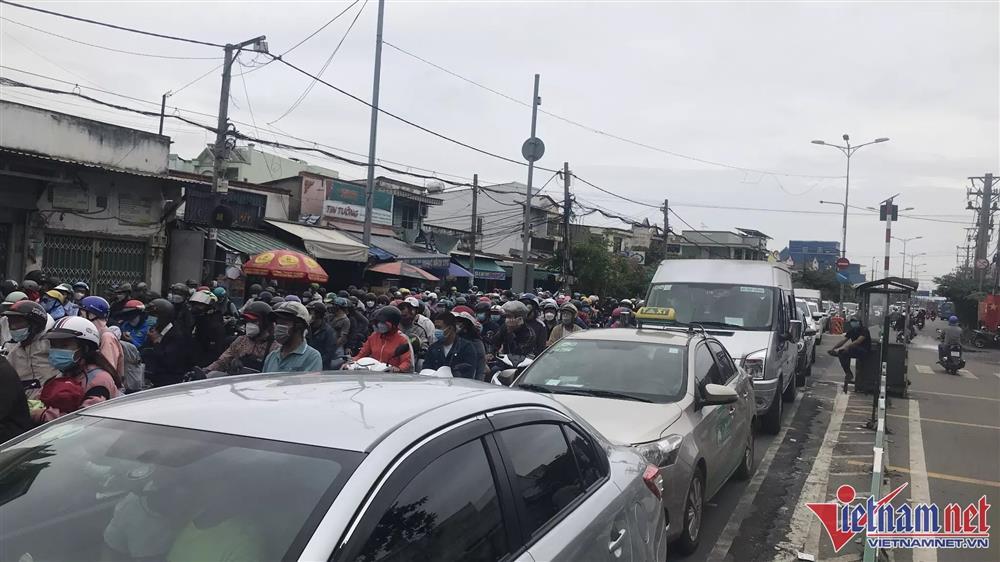 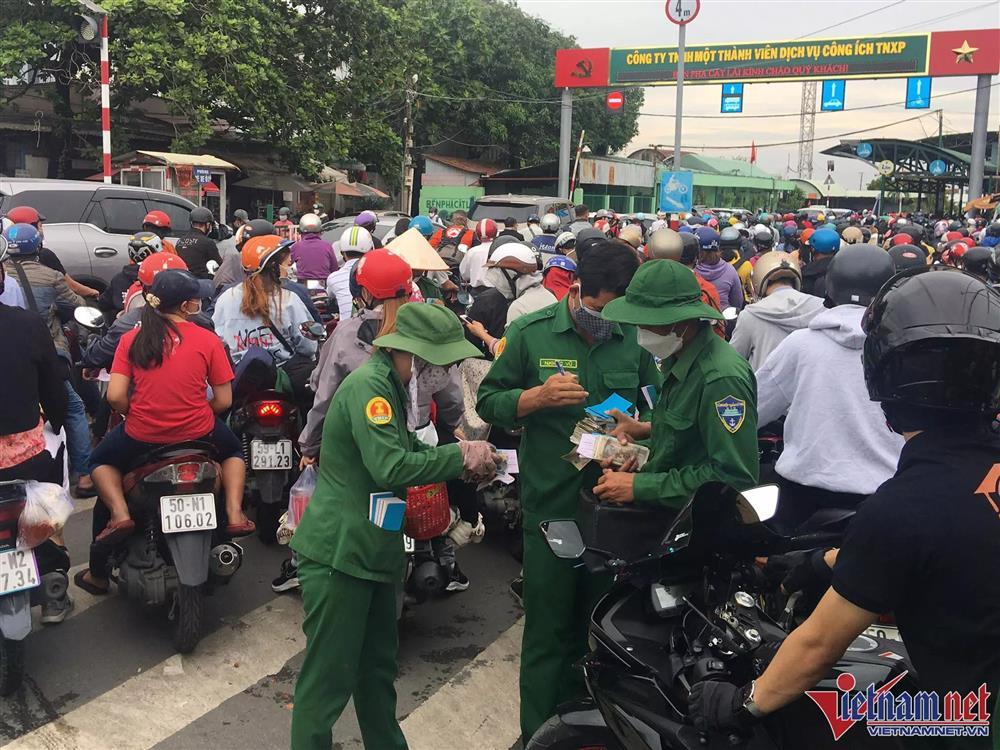 Dozens of employees from Cat Lai Ferry Management Enterprise took to the streets to sell manual tickets to relieve congestion and reduce check-in time for passengers crossing the ferry.

Mr. Nguyen Thanh Tuan – deputy director of Cat Lai Ferry Management Enterprise said the traffic situation at the ferry was tense from 3:00 p.m. to 11:00 p.m. yesterday with more than 68,000 passengers being served via the ferry.

Today, the ferry continues to serve more than 75,000 passengers. Traffic at the ferry has been heavily congested since this morning.

At 6:30 a.m., the flow of people continued to leave Ho Chi Minh City to travel and return home for a 4-day vacation, causing the gateway routes to fall into sustained congestion.

On the Hanoi Highway, the section before the Hanoi Highway BOT toll station, cars line up hundreds of meters towards Dong Nai Bridge, waiting to buy tickets manually through the station. Any car takes 15 minutes to pass this area. 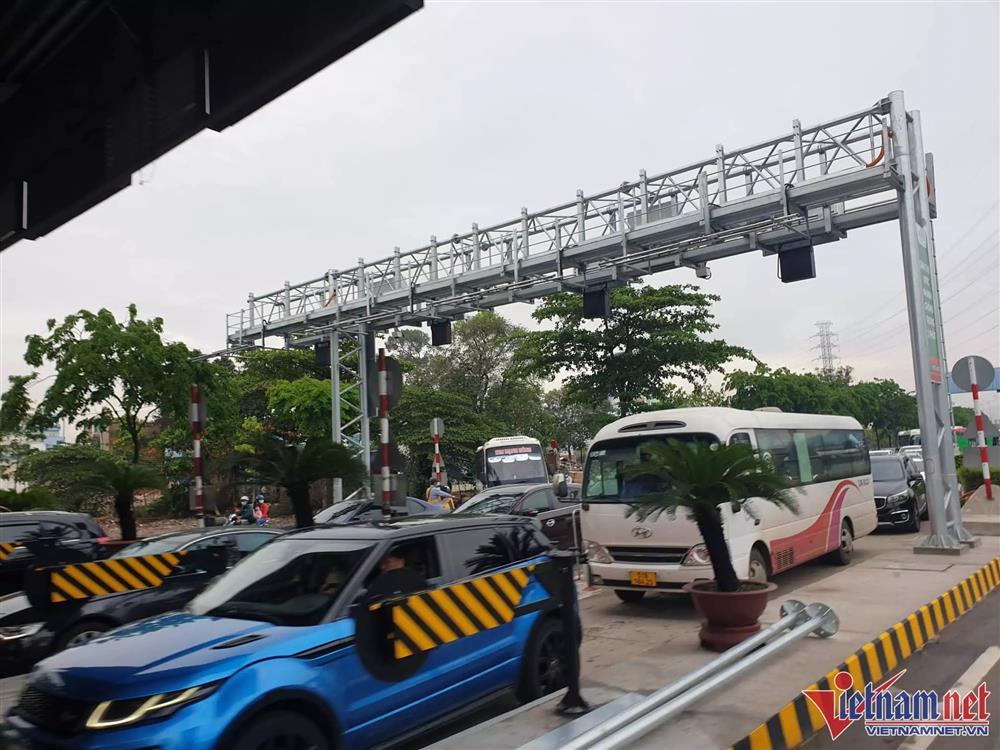 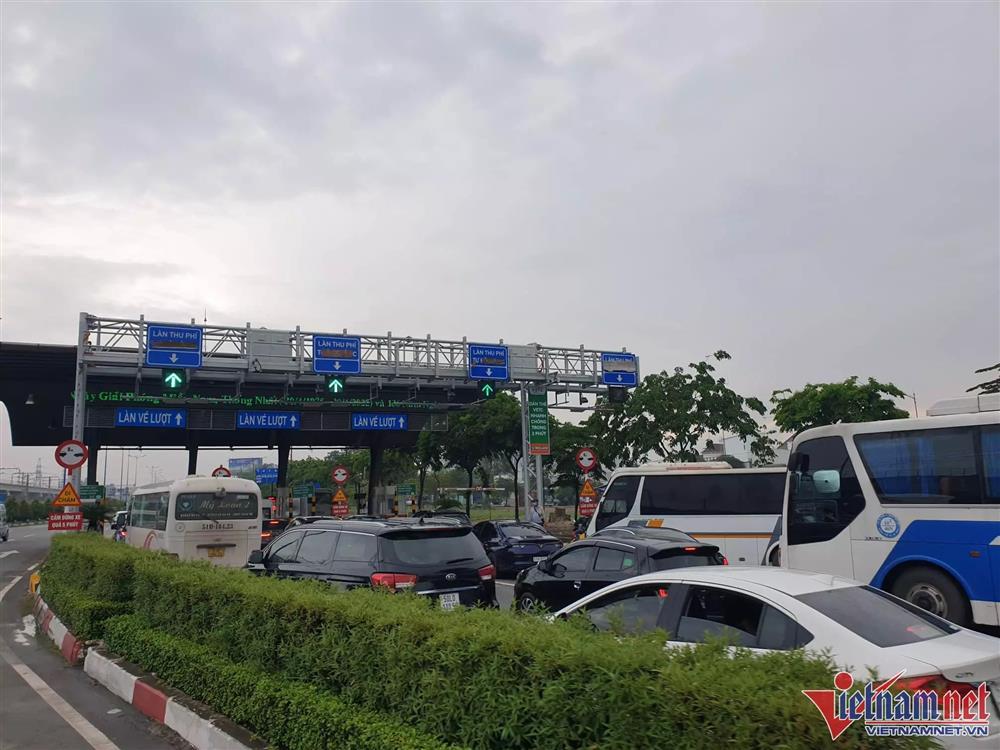 The worst traffic jam is at the intersection of Vung Tau Junction. The traffic jams extended to the Dong Nai Bridge. 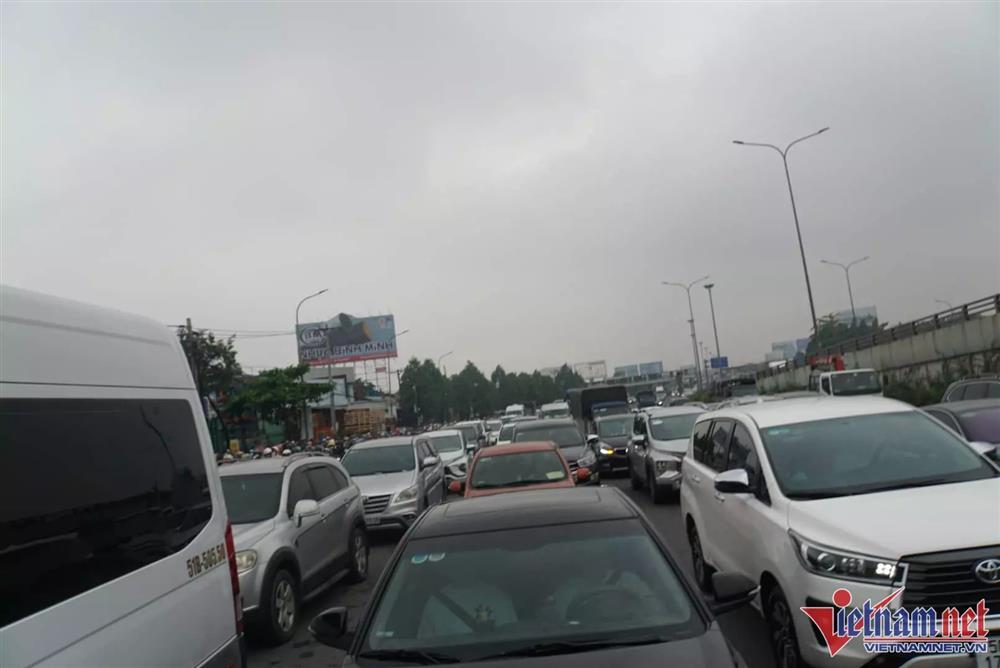 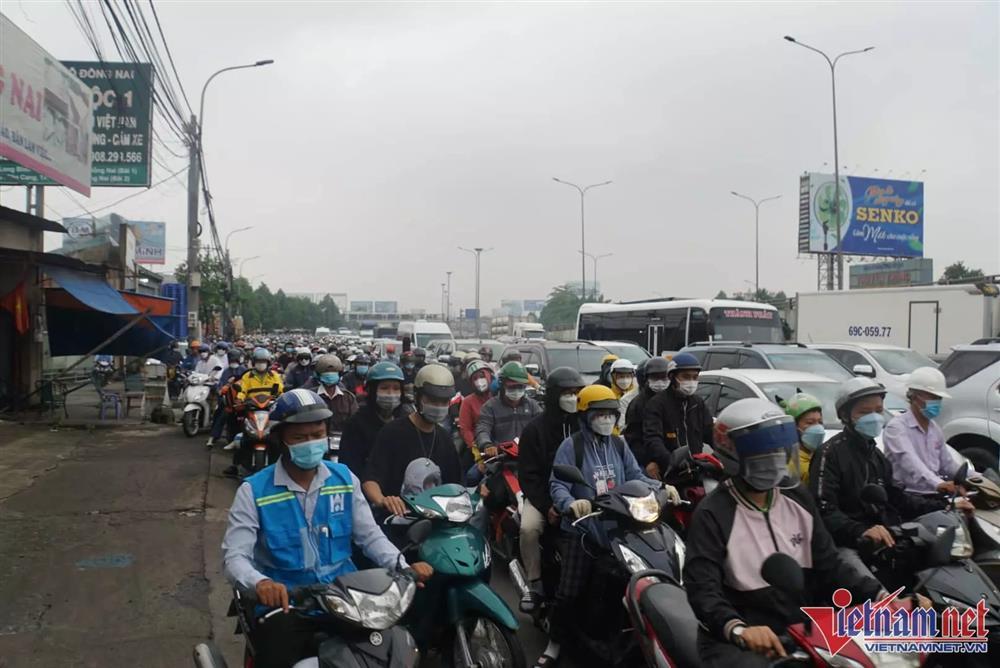 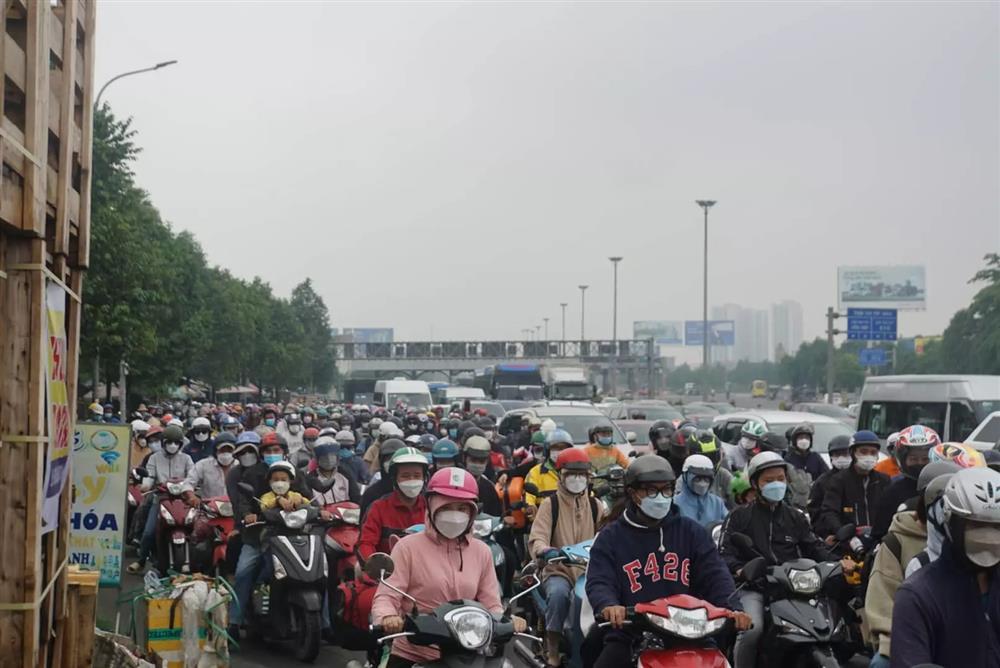 Traffic jam extends the section through the Vung Tau junction

Thousands of cars have been backed up on the Ho Chi Minh City-Long Thanh-Dau Giay expressway since early morning, causing heavy traffic congestion. A collision occurred on the expressway past the Long Phuoc toll booth area in the direction of Ho Chi Minh City to Dong Nai, resulting in a traffic jam. 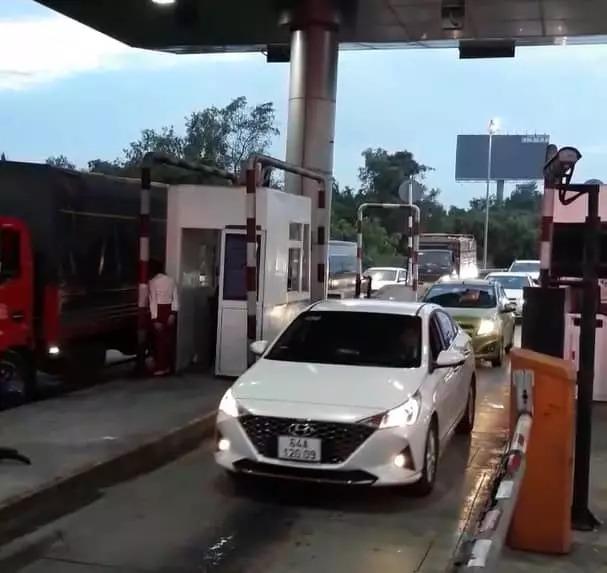 At the same time, the authorities implemented long-distance channeling, regulated and prevented vehicles from entering the highway. The vehicle involved in the accident was evacuated around 7 a.m. on the same day, and traffic around the Long Phuoc toll station gradually calmed down again.

Clip: Husband takes his girlfriend to go out 1/5, his wife swings the car door shut in the middle of the freeway 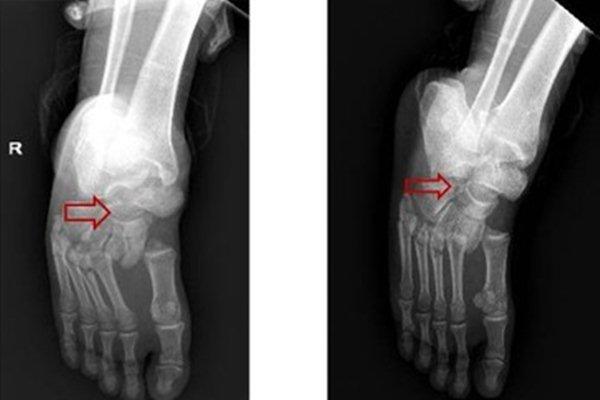 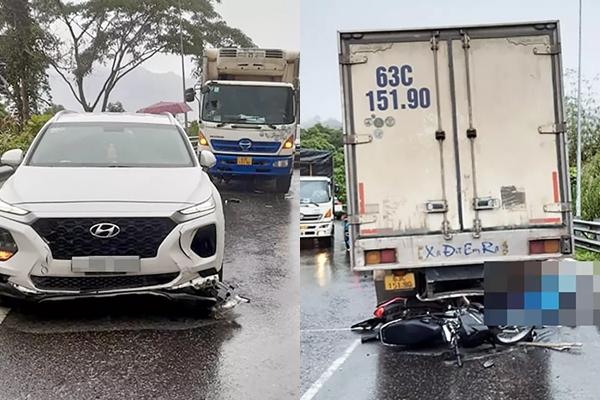