Russian officials said Kursk and Bryansk provinces were hit by artillery and mortar fire from Ukraine, but no casualties were reported.

Basha Kursk Roman Starovoit announced on April 29 that around 8:00 am (12:00 pm Hanoi time) the checkpoint in the village of Krupets was under mortar fire from the Ukrainian side. Army and Border Guard Russia He then returned fire, suppressing the enemy’s firing position. No casualties were recorded in the raid.

Alexander Bogomaz, governor Bryansksaid border guards registered a shelling from the territory of Ukraine against the village of Belaya Berezka, no casualties were registered. Mr Bogomaz said the water and electricity supply systems in Bryansk province were damaged by the shelling.

Ukraine did not comment on the information. Assistant to the President Ukraine Mykhaylo Podolyak announced April 28 that Ukraine has the right to attack Russian military targets, including locations on Russian territory. Moscow warned last week that it would attack Kyiv if Ukraine continued to launch attacks on Russian territory.

Ukraine announced plans to evacuate civilians from the Azovstal Iron and Steel Plant in the city Mariupol, but have not yet implemented this activity. The Azovstal Plant is the last defensive stronghold of the Ukrainian forces in the city of Mariupol and is under siege by Russian forces. Ukraine says about 1,000 civilians are at the factory.

Kremlin spokesman Dmitry Peskov said civilians hiding at the Azovstal facility “can go out and go wherever they please,” while Ukrainian soldiers must lay down their arms when exiting the facility. Russia promised to save the lives of people at the Azovstal plant and promised to provide medical care to the injured and sick.

US and NATO officials estimate that Russian forces have made some progress in their operations in the region DonbassEastern Ukraine and tries to solve many problems.

The US House of Representatives approved the 2022 Lend-Lease Act for the Democratic Defense of Ukraine on April 28 by a vote of 417 in favor and 10 against, three weeks after the law was passed by the US Senate. The bill is sent to the White House to the US President Joe Biden law signed.

The bill would revival of the program aid Lend – Lease during World War II that allowed the US to lend or support military equipment to allied countries in a very short time. It is separate from the efforts to transfer arms from US stockpiles to Ukraine that have taken place.

Russian State Duma Chairman Vyacheslav Volodin warned that “many future generations of Ukrainian citizens will have to pay their debts” for arms, ammunition and food delivered by the United States because it requires Kyiv to “pay” for the delivery term ” got to. return or refund borrowed or leased military equipment”.

The United Nations High Commissioner for Refugees (UNHCR) recorded more than 5.4 million Ukrainians displaced abroad and more than 7.7 million internally displaced after February 24, when Russia launched a military operation. a particular goal is the “demilitarization and defascization of Ukraine”. 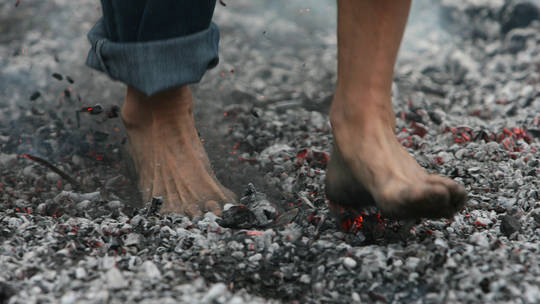 Joining the company’s team building, dozens of employees were burned

The reason why Bulgaria refuses to send heavy weapons to Ukraine